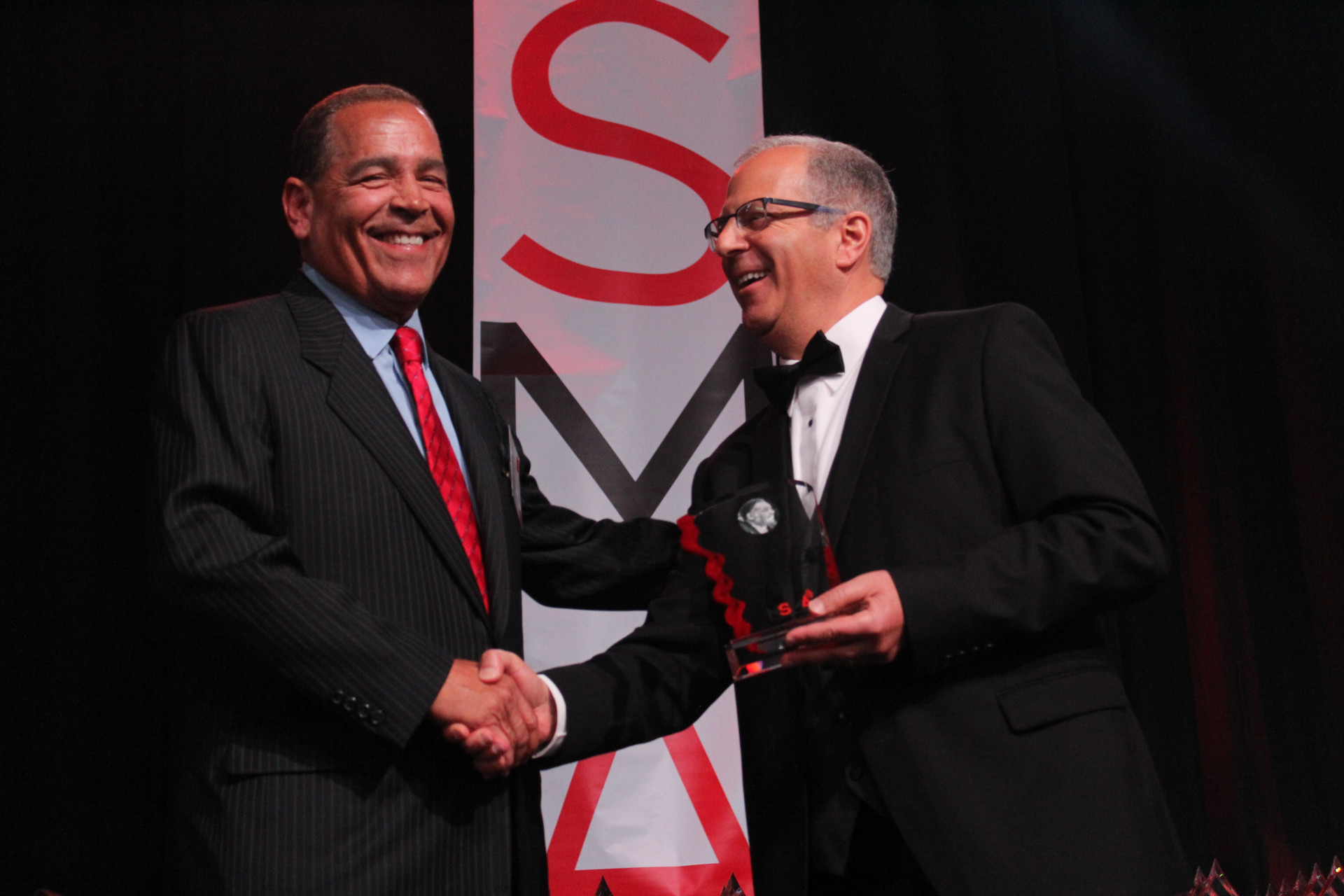 Dave Goren serves as NSMA’s Executive Director, a job which he began in September 2009. Dave is a 24-year veteran of local television sports, with extensive experience in newspaper and radio sports as well. After his 20th and final year at WXII-TV in Winston-Salem, NC, Dave was voted NSMA’s 2008 North Carolina Sportscaster of the Year.

In addition to his NSMA duties, he serves as the sideline reporter for Wake Forest Sports Properties and oversees the Atlantic Coast Sports Media Association (ACSMA) as director. He is also a professor of the practice, teaching sports broadcasting classes, at Wake Forest University.

He also taught at High Point University (2014), where he has served on the Dean’s Advisory Council for the Nido R. Qubein School of Communication since 2012. He was recognized as Friend of the Qubein School in 2021, for “going above-and-beyond to be engaged with the school and support its students.”

Among his other volunteer duties:

Dave is also a frequent guest on sports radio talk shows, as well as a frequent emcee and speaker at civic clubs and school and charity events throughout North Carolina.

Dave retired after a 15-year career as a low-scoring winger in the Piedmont Hockey Association. He lives in Lewisville, NC, with his wife Ada. They are the parents of sons AJ (a Delta Airlines employee) and Max (an NC State University student), and hound dog, Sophie.