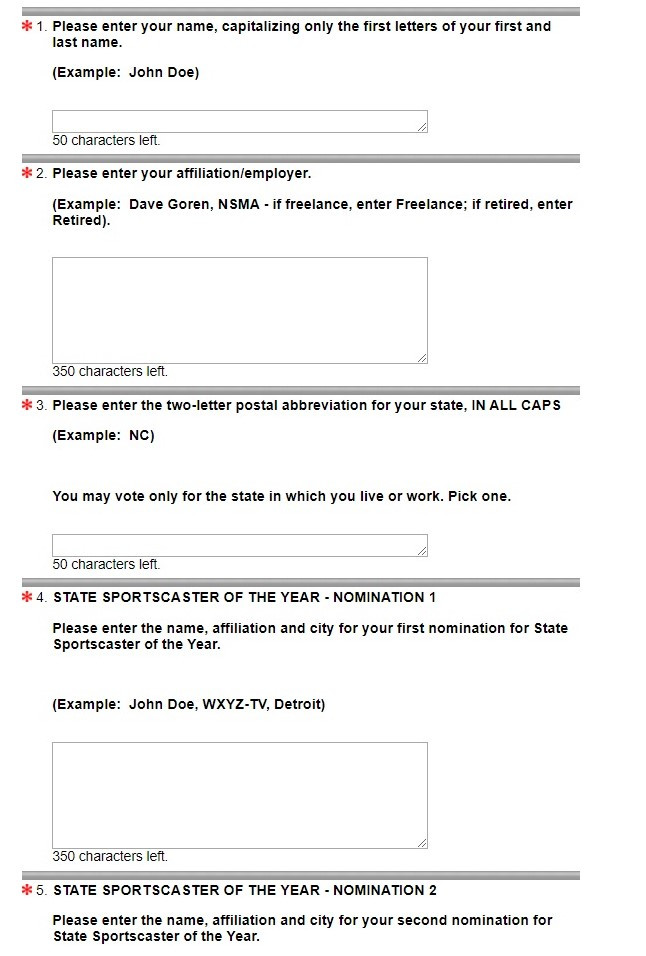 The NSMA voting process begins on October 15 each year, when members are emailed a link to an online ballot and asked to nominate up to three (3) people each for:

For state awards, the top two (2) vote-getters (plus ties) are placed on the final ballot.

For national awards, the top ten (10) vote-getters (plus ties) are placed on the final ballot.

NSMA Hall of Famers, staff and consultants nominate Hall of Fame finalists, for which ten (10) names are placed on the final ballot in each category (sportscaster, sportswriter). 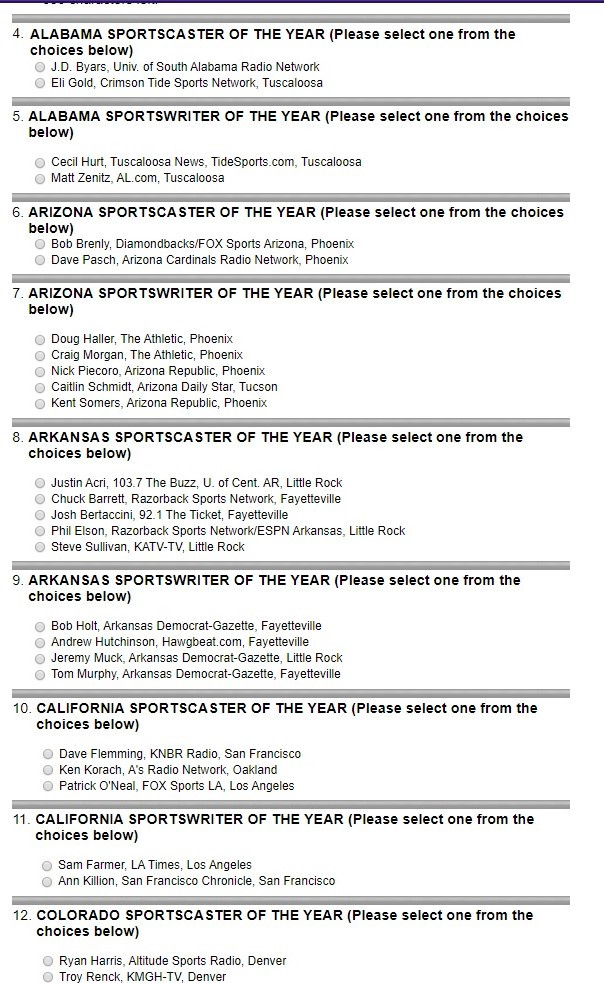 On December 1 of each year, NSMA members are emailed a link to the final ballot and have until December 31 to make their selections for their state, as well as national and Hall of Fame categories.

Because the ballots are online (with a few exceptions for those who do not have/use email), the votes are tallied automatically.

Winners receive their awards in late June during a ceremony in Winston-Salem, NC.

All sports media are eligible to be nominated and voted for. Only NSMA members (lifetime, AIPS, premier) can vote.