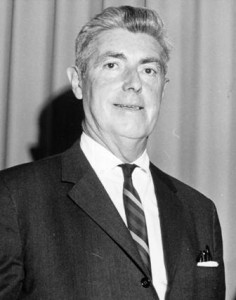 Born in New York, New York, on July 31, 1904, sportswriting legend Arthur Daley was the first sportswriter to win a Pulitzer Prize. Daley Joined The New York Times in 1926 taking on the fight, basketball, and football beats. During this period he also covered the 1936 Olympics, in Berlin, becoming the first Times sportswriter to receive a foreign assignment. In 1942, he inherited John Kieran’s column “Sports of the Times,” which he continued to write until his death in 1976. It was for his outstanding work on “Sports of the Times” that he won his Pulitzer Prize in 1956. Along with his work for The New York Times, Daley also wrote a number of books including: The Story of the Olympic Games, Times at Bat, Sports of the Times, Knute Rockne, All the Home Run Kings, and Pro Football Hall of Fame.Daley was inducted into the National Sportscasters and Sportswriters Hall of Fame on June 15, 1976.