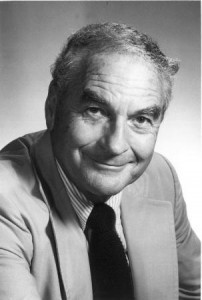 Born in Denton, North Carolina, on November 4, 1918, sportswriting legend Furman Bisher has been named Georgia Sportswriter of the Year 19 times, and has had his work anthologized in “Best Sports Story of the Year” 23 times. His career began in 1938, at the Lumberton Voice, where he became editor by age 20. From the Voice he moved to the Highpoint Enterprise, before becoming an editor at the Charlotte News in 1940. Then in 1950, Bisher moved to Atlanta taking the Sports Editors job at the Atlanta Constitution. In 1957, Bisher moved to the Atlanta Journal, and Sunday Journal Constitution where he worked until his retirement in 2009. However, in 2010, Bisher came out of retirement to work as a columnist for the Gwinnett Daily Post. During his career, Bisher was also a columnist for the Sporting News; wrote articles for Sports Illustrated, The Saturday Evening Post, and other national publications; and authored a number of books, including Hank Aaron’s biography. For his outstanding contributions to journalism he received the Red Smith Award in 1989, and has been inducted into both the Atlanta Sports Hall of Fame, and the International Golf Writers Hall of Fame. Bisher was inducted into the National Sportscasters and Sportswriters Hall of Fame on April 24, 1989.