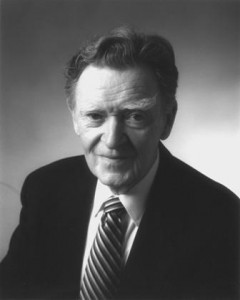 Born in Baltimore, Maryland, on February 14, 1927, Baltimore sportswriting legend John Steadman had a more than 50 year career as a sportswriter. During that time, he attended every Baltimore NFL game, an amazing 719 consecutive games between 1947 and December of 2000. He was also one of only eight reporters to cover everyone of the first 34 Super Bowls. Steadman began his career with the Baltimore News-Post, in 1945, and worked for the paper until 1958, when he briefly left the newspaper industry to be the assistant general manager and publicity director of the Baltimore Colts. After three years he returned to newspapers, writing for the News American. In 1958, he was named sports editor of the American, making him the youngest sports editor of a metropolitan newspaper in the country. He held that position until the paper folded in 1986. After the Americanclosed its doors, Steadman moved The Baltimore Evening Sun where he worked until 1995, when it also closed it doors. After The Evening Sun he joined The Baltimore Sun, where he worked until his death on January 1, 2001. In addition to his work as a newspaper writer, Steadman authored seven books. During his long and illustrious career, Steadman received many honors and awards including three Freedom Foundation Medals, the Red Smith Award from the Associated Press Sports Editors, and the Dick McCann Memorial Award for distinguished writing. He was also named Maryland Sportswriter of the Year eight times. In recognition of his outstanding career, Steadman was inducted into the National Sportscasters and Sportswriters Hall of Fame on April 26, 1999.