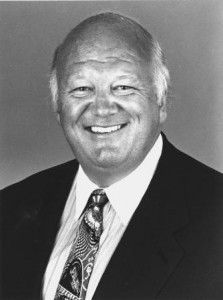 Born in San Francisco, California, on October 11, 1951, award winning sportscaster Jon Miller was the play-by-play voice of ESPN’s Sunday Night Baseball telecasts for 20 years. He has also been the voice of a number of Major League clubs on both radio and television, including the Oakland A’s in 1974, the Texas Rangers from 1978-79, the Boston Red Sox from 1980-82, the Baltimore Orioles from 1983-97, and the San Francisco Giants beginning in 1998. In 2010 he started his thirteenth season with Giants on KNBR Radio and KNTV/NBC. Along with his work as a play-by play baseball commentator, Miller has also covered a number of other sports, including basketball, hockey, and soccer during his career. For his outstanding work, Miller was named National Sportscaster of the Year in 1998. He has also received two CableACE Awards and was the recipient of the Ford C. Frick Award from the Baseball Hall of Fame in 2010. In recognition of his outstanding career as a sportscaster, Miller was inducted into the National Sportscasters and Sportswriters Hall of Fame on April 26, 1999.