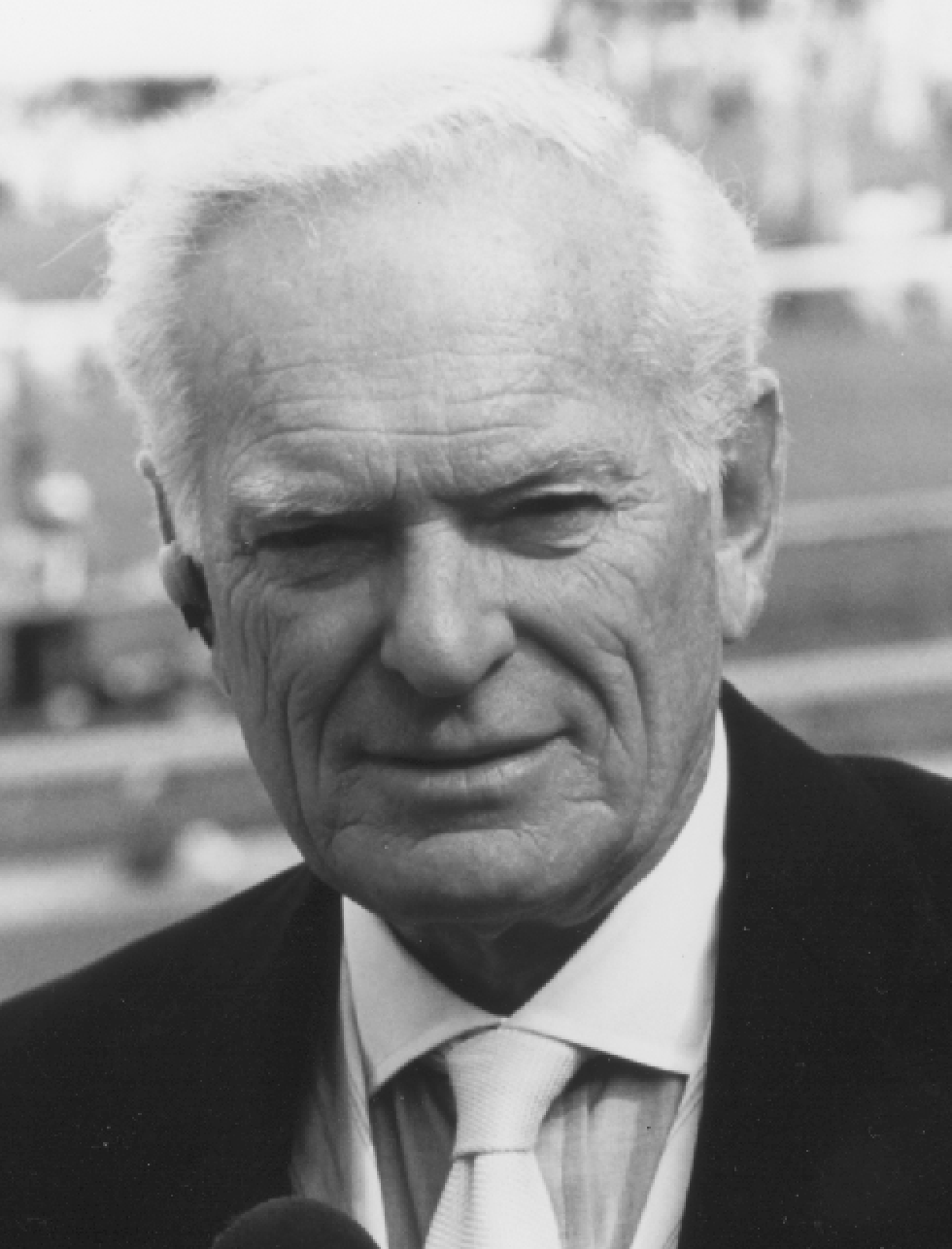 Born in Philadelphia, Pennsylvania, on May 18, 1924, Emmy award winning sportscaster Jack Whitaker had a more than 50 year career as a sportscaster, sportswriter, and essayist. Along with his 1979 Emmy for “Outstanding Sports Personality,” Whitaker was named Best Sportscaster by Sports Illustrated in 1976, and received the Maryland Jockey Club’s Hilltop Award for outstanding coverage of thoroughbred racing for over 20 years, in 1983. Whitaker began his broadcasting career in 1947 at a Philadelphia area radio station, before moving to WCAU in 1950. While at WCAU he was the play-by-play voice of the Philadelphia Eagles and the New York Football Giants. Then in 1961, Whitaker moved to CBS where he worked for the 20 years. During his time at CBS he covered a variety of sporting events and was the host of the sports show “Sports Spectacular.” After leaving CBS, Whitaker joined ABC, where he covered two winter and one summer Olympics and was a reporter for news shows, including 20/20, Nightline, and World News Tonight. During his career as a broadcaster, he covered a wide variety of sports including all three triple crown horse races, golfs four majors, three Olympics, Super Bowls, U.S. Open Tennis, and heavy weight boxing championships. After retiring from broadcasting, Whitaker joined Golf Links Magazine as a writer. In recognition of his outstanding career as a sportscaster, Whitaker was inducted into the National Sportscasters and Sportswriters Association Hall of Fame on April 30, 2001.