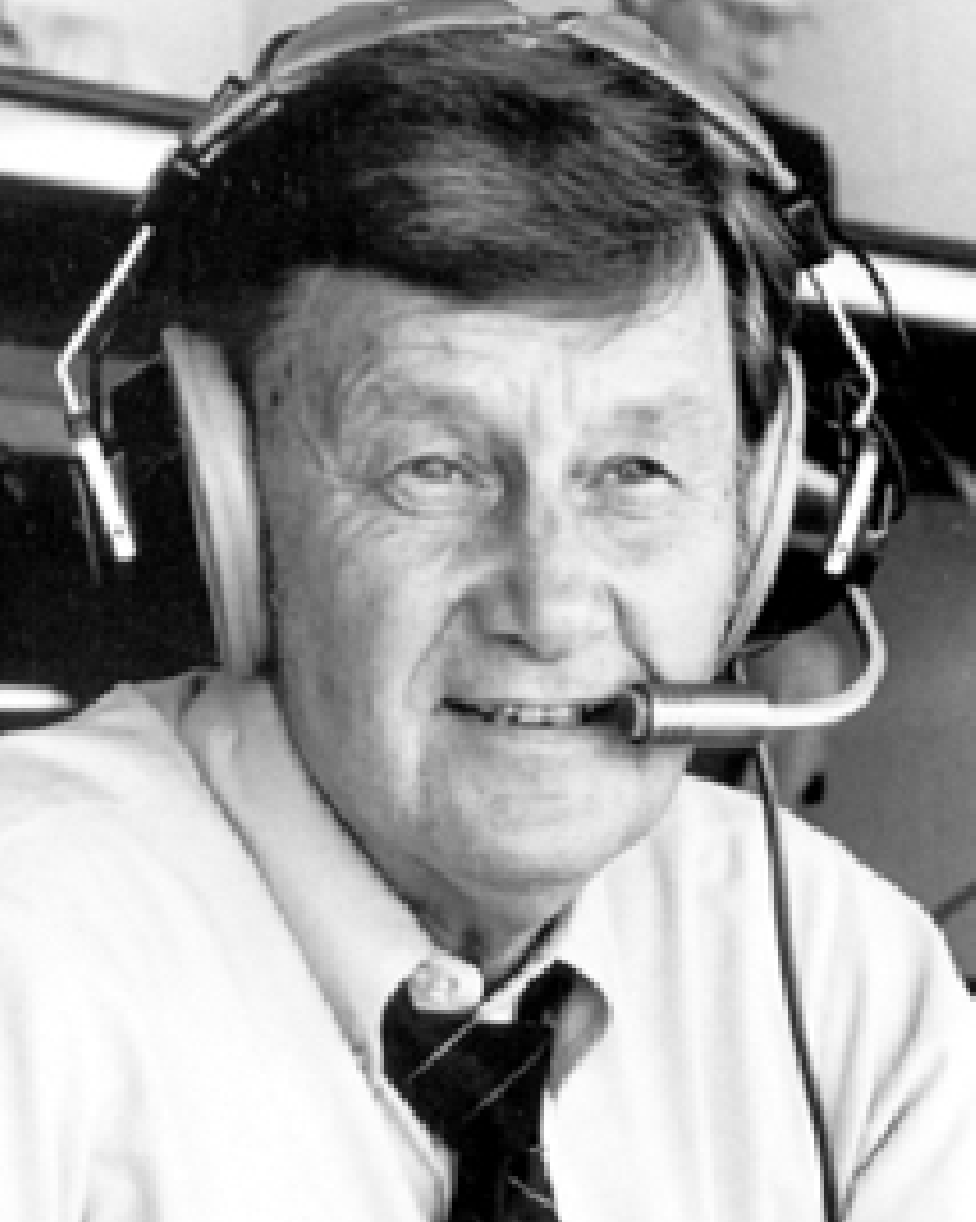 Born in Minneapolis, Minnesota, on September 28, 1922 sportscasting legend Larry Munson was the voice of the University of Georgia Bulldogs for 43 years. Munson, who served in the army during World War II, began his career as a sportscaster in Cheyenne, Wyoming, in 1946. Following two years covering the University of Wyoming, Munson moved to Oklahoma City where he spent four years, before taking a job in Nashville, Tennessee, announcing Vanderbilt University Games. In 1966, he moved to Atlanta to cover the Atlanta Braves; however, when the job as the voice of the Bulldogs became available later that year he took it. Munson remained with the Bulldogs until his retirement in 2008. During his long tenure as the voice of the Bulldogs Munson received many honors, including the Chris Shenkel Award and four Georgia Sportscaster of the Year awards. He has also been enshrined in the Georgia and Florida Halls of Fame and the Georgia Sports Hall of Fame. In recognition of his outstanding career as a sportscaster, Munson was enshrined in the National Sportscasters and Sportswriters Hall of Fame on May 4, 2009.