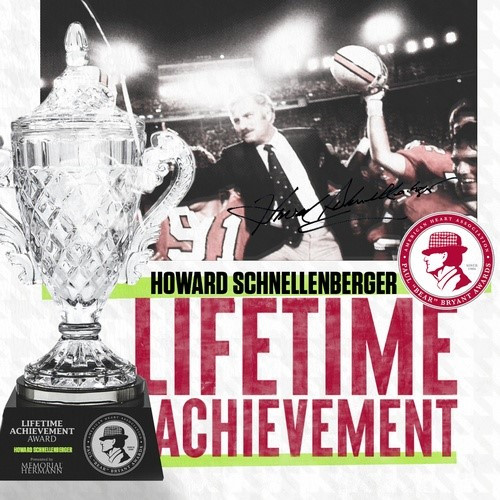 Schnellenberger’s coaching tenure spanned an impressive 54 years, comprising of The University of Miami’s first ever National Championship in 1983, a 6-0 collegiate bowl game record, seven NFL Playoffs, including an undefeated season serving as the offensive coordinator for the 1973 Super Bowl Champion Miami Dolphins, guiding The University of Louisville to a top-10 nationally ranked football program, and serving as the founding father of Florida Atlantic University’s football program.

On December 4, 2011, Coach Schnellenberger coached his final game in the newly opened Florida Atlantic University Football Stadium, better known as “The House that Howard Built,” which was later named in his honor in 2014. He rounded out his historic coaching career with a collegiate record of 158-151-3.

ONE TEAM. ONE HEARTBEAT: JOIN OUR TEAM

Join our team and invest in our mission to be a relentless force for a world of longer, healthier lives by making a personal donation HERE.

Team up with the American Heart Association in the fight against COVID-19 by donating at the $5,000 Cor Vitae Society level to support those most at risk. To learn more about our COVID-19 relief efforts, Cor Vitae Society, or the Paul "Bear" Bryant Awards, please email us at bearbryant@heart.org.