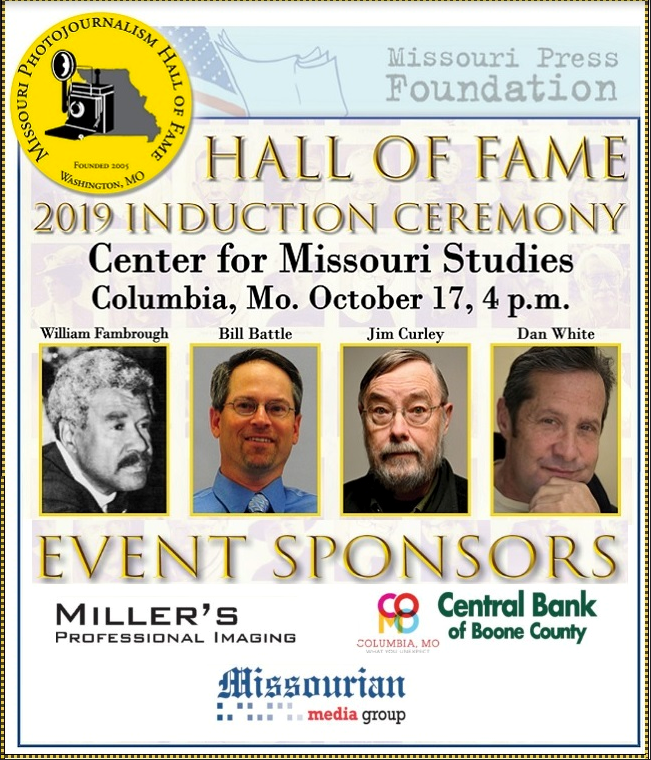 Longtime NSMA member Bill Battle (second from left in photo), sports editor of the Washington (MO) Missourian has been elected to the Missouri Photojournalism Hall of Fame. Battle, an NSMA member since 1990, has been voted Missouri Sportswriter of the Year five times. As sports editor of a smaller newspaper, Battle "does a bit of everything," including photography. The Missourian sports department is a two-person operation that covers three different editions.

Battle will be inducted during ceremonies at the Center for Missouri Studies on October 17.