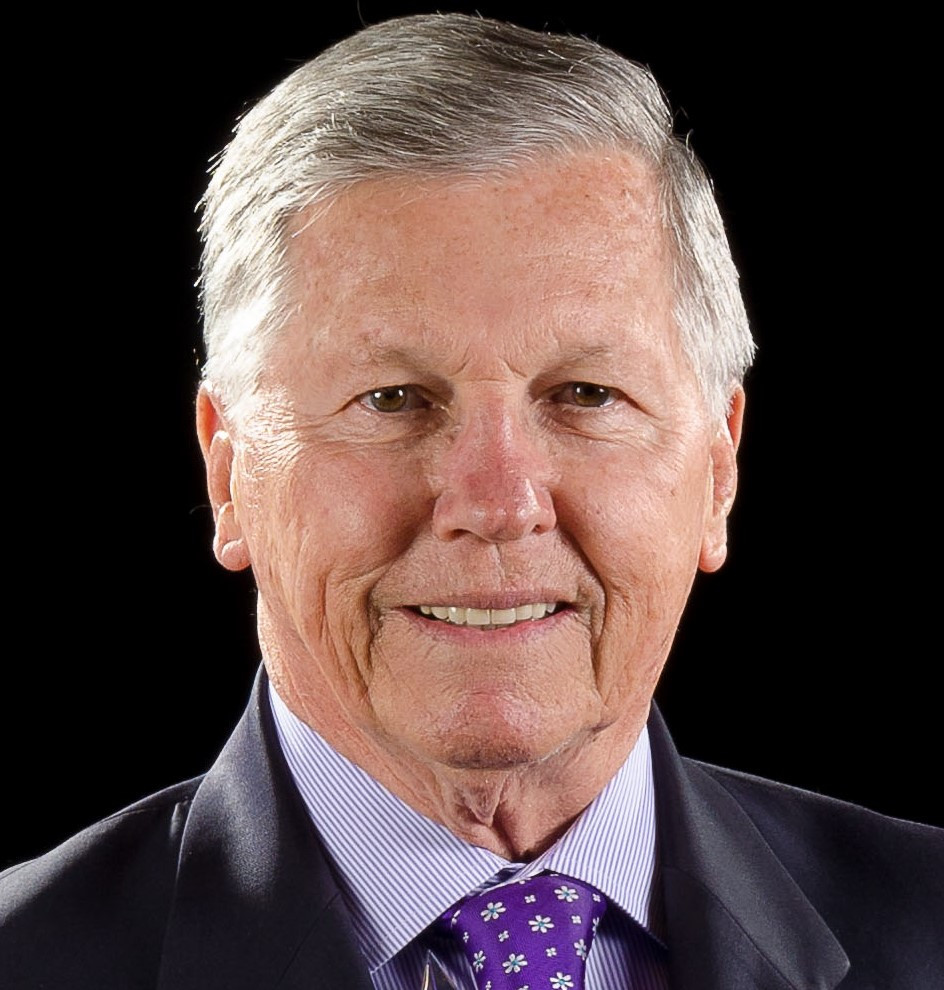 Winston-Salem, N.C. (March 5, 2020) – Johnny Holliday, in his 41st year as the radio play-by-play “voice” of the University of Maryland Terrapins, has been voted as the third winner of the Woody Durham Voice of College Sports Award. The voting was done by a select panel of National Sports Media Association members, most of whom are also radio play-by-play broadcasters. The Durham Award, will be presented on June 29, 2020, at the 61st NSMA awards banquet in Winston-Salem, North Carolina.

“I was in total shock when I received word that I would be receiving the third Woody Durham Award,” Holliday said. “No words can describe the effect Woody had on me and I'm sure so many other broadcasters around the country. Not only was he an absolutely phenomenal broadcaster, but Woody was a friend for many years. We should all strive to reach the heights he maintained over all those years as Voice of the North Carolina Tar Heels. He was loved, he was respected, he was professional, Woody was simply the best. I am honored and humbled to be recognized with such an award in his name.”

A Miami, Florida native, Holliday began his radio career as a disc jockey. Working in such top markets as New York, Cleveland, and San Francisco, he was named as America’s No. 1 disc jockey. He also served as the public address announcer for the Cleveland Browns, Oakland Raiders, San Francisco Warriors, and Washington Bullets.

Moving to Washington in 1969, Holliday hosted the Washington Senators pre-game show with Ted Williams, while covering all of the DC-area teams. In 1979, he began broadcasting Maryland football and basketball games, and at age 82, has now called more than 1,800 Terps’ games.

Holliday spent 12 years as a television pre-game/post-game host and occasional fill-in play-by-play announcer for the Washington Nationals on MASN. In march of 2019, he added a job as sportscaster at NBC Washington (WRC-TV).

Among Holliday’s many awards and honors are:

Holliday has also acted in dozens of stage productions. He was nominated for the Helen Hayes award for Best Actor in a Washington Musical for his role in Me and My Girl.

Away from the field and stage, Holliday has hosted a charity golf tournament for the last 15 years that has raised more than $1.5 million to send more than 100 students a year to a five-week, character-building camp each summer.

Holliday has been married to his wife Mary Clare for 61 years. They are the parents of three daughters and eleven grandchildren.

About the Woody Durham Voice of College Sports Award

Created in 2018, the Woody Durham Voice of College Sports Award recognizes professional college broadcasters who fit the following criteria: preparation; association with his/her school; tenure at their school; efforts in the community; mentorship of young broadcasters; character. The award is sponsored by Learfield IMG College and the University of North Carolina athletics department.