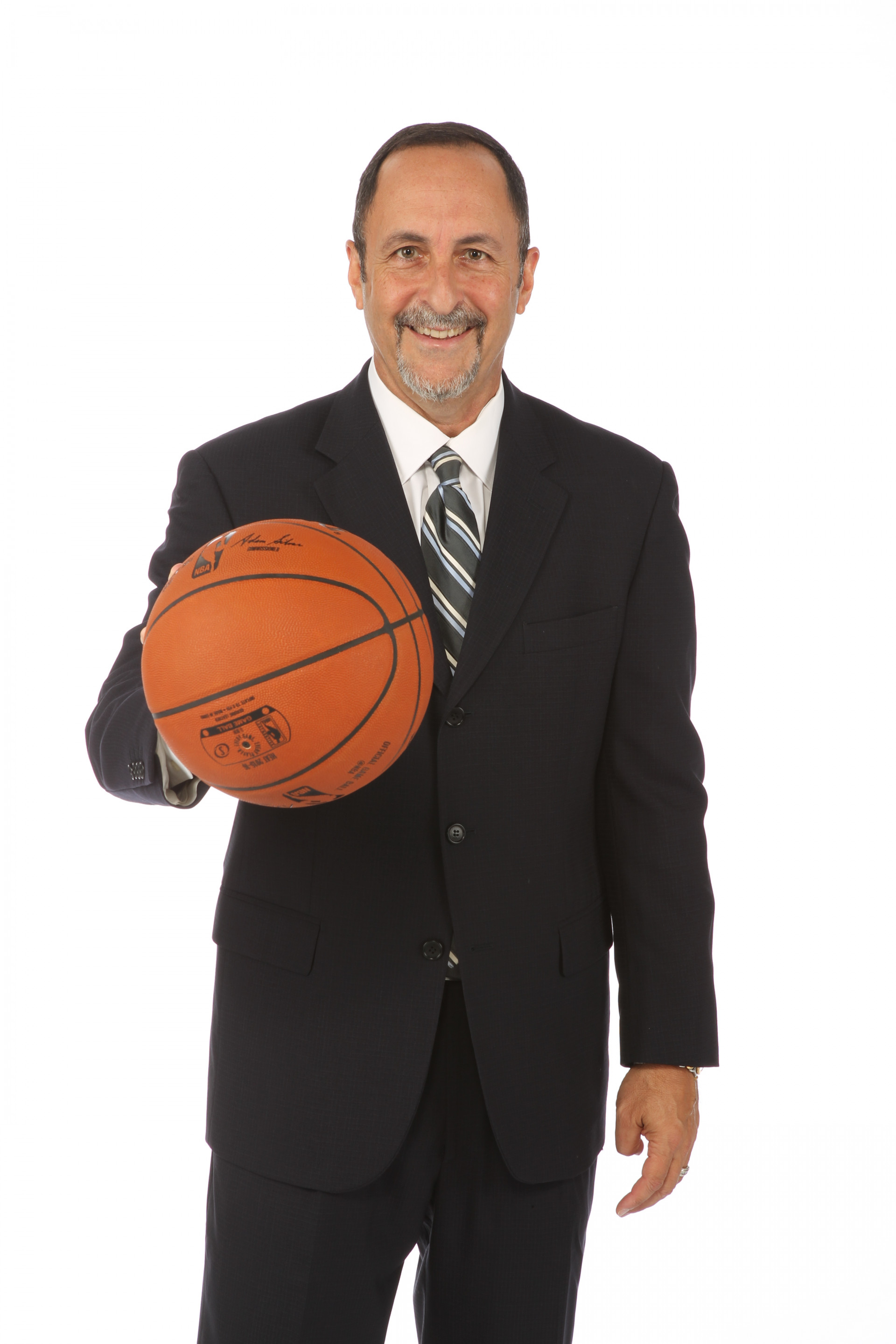 Today's award spotlight is on NSMA 2017 Florida Sportscaster of the Year, Eric Reid. Reid is heading into his 42nd consecutive season as a basketball broadcaster. He is the lone original member of the Miami Heat broadcasting team and is entering his 31st season with the NBA's Miami Heat having broadcast 2,178 regular season games during the franchises first 30 seasons, including 3 NBA Championships. Reid has won 17 regional Emmy Awards and in 2011, Reid was honored by the Miami Chamber of Commerce with a Lifetime Contribution to Sports Award.

Reid spoke with NSMA on winning his award, what he's looking forward to about awards weekend, and his start in the sports media industry.

NSMA: How does it feel to be recognized by your peers as Florida Sportscaster of the Year?

Erid Reid: I feel honored and humbled to have been chosen as the Florida Sportscaster of the Year by my peers. After finishing as a runner up several times for this recognition, I very much appreciate this opportunity to represent my state, South Florida in particular, the NBA, the Miami Heat and myself. I join a long list of great Florida Sportscasters that have been recognized. I remain passionate about what I do and who I do it for and I am grateful for the truly unique experience I'm enjoying since joining the Miami Heat as an expansion team in 1988.

ER: I am heading into my 42nd consecutive season as a basketball broadcaster. I am the lone original member of the Miami Heat broadcasting team. I enter my 31st season with the NBA's Miami Heat having broadcast 2,178 regular season games during the franchises first 30 seasons, including 3 NBA Championships. I previously spent 11 seasons as a college basketball broadcaster, five years at Cornell University and six seasons at Providence College, including their 1987 Final Four season. I have been fortunate to have won 17 regional Emmy Awards, three times (2013, 2014, 2015) for my work as a play by play broadcaster with the Heat. In 2011, I was honored by the Miami Chamber of Commerce with a Lifetime Contribution to Sports Award.

ER: What I am most looking forward to during the 59th NSMA Awards weekend is the interaction with so many members of our profession; those I know already, those I have not seen in many years and those I will be happy to meet for the first time. I will also be happy to share this weekend with family. My wife Soinde and my two daughters, Phyllisia and Dariel will be there to enjoy the weekend with me. I also look forward to sharing knowledge and my experiences with young and aspiring play by play broadcasters.
NSMA: How did you get your start in the sports media industry?

ER: I got started as a fan and a participant in sports all through my childhood. I knew, heading to Ithaca College that I wanted to pursue a career as a play by play broadcaster. I was originally attracted to the art of radio play by play and I secured my first basketball opportunity with an internship doing the color commentary for Cornell University's basketball program on WHCU radio. I got to do two games on my own that year and it confirmed to me that this is exactly what I wanted to do. By my senior year at Ithaca, I was doing pbp for all of Cornell's road games and color at home. I have not missed a season of basketball broadcasting since then (1977-78).

ER: I have had many mentors both real and intangible. Growing up I was mesmerized listening to legendary play by play men like Marv Albert, Marty Glickman, Merle Harmon, Curt Gowdy and Don Criqui. Former Cleveland Cavaliers voice, Joe Tait, is the best basketball radio play by play man I have ever heard. I used to make flash cards of his court geography and his descriptive word choices that painted vivid pictures without having to see the game. Longtime Boston Celtics TV Voice, Mike Gorman, has been a mentor/role model for me since we met in Providence, RI during our great years in New England working in the Big East Conference in the late 80's right through to today.

ER: The easiest and most obvious answers to the greatest moments in my broadcast career; the 1987 Providence College Friars that took me to the 1987 Final Four and the three NBA Championship seasons I had the joy to be associated with in Miami with the Heat in 2006, 2012 and 2013. More recently I had the chance to introduce my childhood hero, former NY Jets quarterback, Joe Namath as the Don Shula Sports Legends Award at the annual Reid & Fiorentino Call of the Game charity gala at the Fountainbleau Hotel in Miami Beach. Coach Shula was there to present Namath the award that bears his name. Bringing those two icons together brought back magical memories nearly 50 years after Superbowl 3 was played in Miami. The Jets historic upset of the NFL Champion Baltimore Colts is a game that led to the AFL-NFL merger that changed Pro Football and I was there, at the age of 11 with my dad. A moment and memory I deeply cherish. Bringing those memories back and reuniting Namath and Shula, for me was deeply personal and an experience I will always remember.

ER: General advice for those embarking on a career in the sports/media business. Pursue your passion with passion. Try to put yourself in a position to do what is you want to do so you can be actively working on your craft, no matter the level. You can't get better at something without doing it over and over again. If you're thinking 9 to 5, weekends and holidays off and never re-locating then reconsider your career path immediately. A career in the sports/media world takes a lot but it gives back in equal or greater measures.