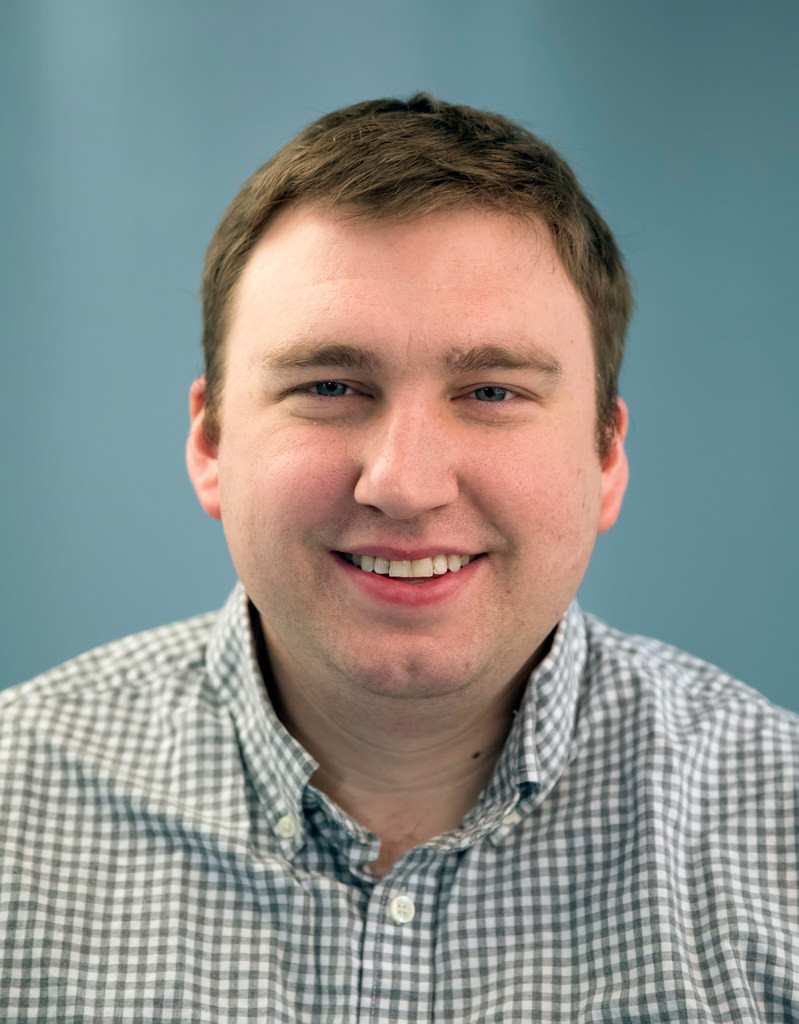 Today's award spotlight is on NSMA 2017 Illinois Sportswriter of the Year, Chris Hine. Hine is in his first year at the Minneapolis Star Tribune after spending the previous eight at the Chicago Tribune. Chris covered the Chicago Blackhawks in 2017 and wrote about LGBTQ issues in sports while also publishing other enterprise stories. He is currently the Sports Analytics/Enterprise writer for the Star Tribune.

Hine spoke with NSMA on winning his award, what he's looking forward to about awards weekend, and his start in the sports media industry.

NSMA: How does it feel to be recognized by your peers as Illinois Sportswriter of the Year?

Chris Hine: It's a great honor and one that was unexpected. I'm grateful to everyone in Illinois and Chicago for welcoming me into the industry 8 years ago and reading what I had to write. I was thrilled just to be nominated among some great writers, including my former colleague Paul Sullivan, who is one of the best in the business. I recently left the Chicago Tribune to move to the Minneapolis Star Tribune and this was a great honor to cap my 8 years in Chicago.

CH: I'm looking forward to getting to know some colleagues from around the country whose work I read and admire. I'm also glad my parents are able to come down from Pennsylvania and share the weekend with me. Without their support, I wouldn't have entered this field so to share it with them will be extra special.

CH: I was fortunate that where I went to college, Notre Dame, had recently started an internship program with the Los Angeles Times when I was there. Thanks to the generosity of Laura Ornest, whose father Harry once owned the St. Louis Blues, the Times took one student to be an intern for a summer from Notre Dame. I was the second person to get that great opportunity. From there I was able to get an internship at the New York Times the following summer and then was hired at the Chicago Tribune a few months after that. I was very lucky to get the opportunities I did at an early age.

CH: There are so many writers and editors who have had an impact on me. I've been grateful to the editors who I've worked with, who took a chance on me and helped me become better. To name a few: Randy Harvey, Mike James, Debbie Goffa in Los Angeles; Tom Jolly, Sandy Keenan in New York; Mike Kellams, Tim Bannon, Joe Knowles in Chicago; Glen Crevier and Chris Carr now in Minneapolis and thanks to my friend Jonathan Abrams, who I worked with in Los Angeles and New York, for helping show me the ropes as a young naive intern. If you give me the space I'll keep naming names!

CH: Outside of the phone calls I've received telling me I got a certain job or internship, getting this award is it. To have your peers give you something like this means so much and I'm happy my parents will be there to see me get it. They helped make this all possible.

CH: Don't shy away from an assignment because you're afraid or nervous. Use that nervous energy and dive right in to it. Don't know anything about hockey? Still go cover hockey anyway. I once was assigned a story about yacht racing. I hadn't the slightest clue about it, but I still went ahead with it. Never turn down an assignment when an editor asks you to write about something. Always be dependable and do the story to the best of your ability. Also, there are good stories no matter what sport you cover. Every sport is filled with colorful, interesting people worth writing about. There are stories to be told reader will want to consume. Go find them.