Meet 2017 Ohio Sportswriter of the Year Tim May 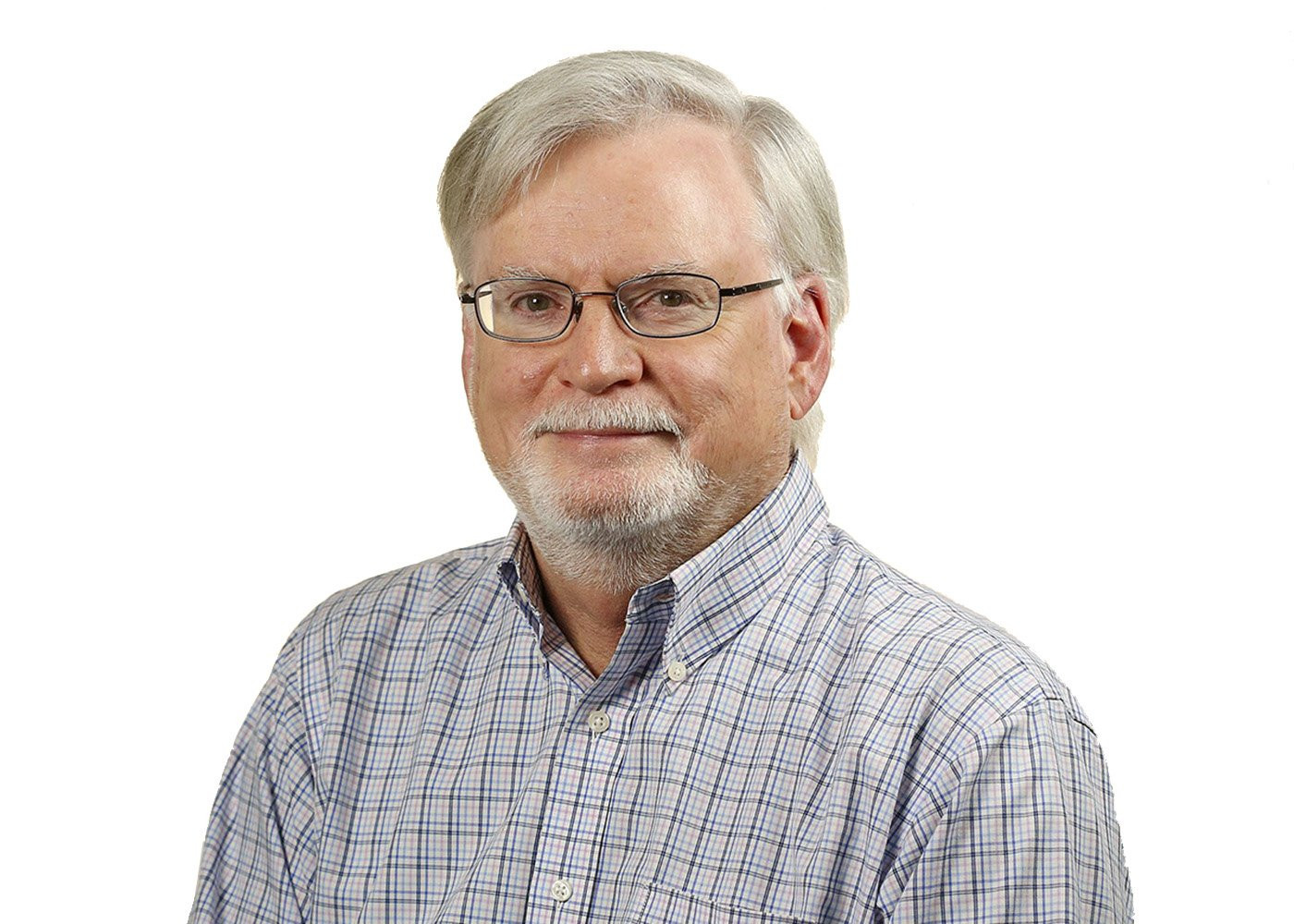 Today's award spotlight is on NSMA 2017 Ohio Sportswriter of the Year, Tim May. May has been at the Columbus Dispatch since 1976, previously serving as the sports editor of the Lufkin News in Texas from age 19 to 22. At the Dispatch, he started out covering high schools, then small colleges and the Browns and Bengals through 1983. He has covered Ohio State football since 1984, the Indianapolis 500 and IndyCar racing since 1985, and covered a great deal of pro boxing in the '80s and '90s. In 2014, May was named the national college football beat writer of the year by the Football Writers Association of America.

May spoke with NSMA on winning his award, what he's looking forward to about awards weekend, and his start in the sports media industry.

NSMA: How does it feel to be recognized by your peers as Ohio Sportswriter of the Year?

Tim May: Surprising, humbling, gratifying. About the same way I felt when I won the boxed trifecta for this year's Kentucky Derby, except that paid a lot more money.

TM: I have been at the Columbus Dispatch since 1976, previously serving as the sports editor of the Lufkin News in Texas from age 19 to 22. At the Dispatch I started out covering high schools, then small colleges and the Browns and Bengals through 1983. I have been covering Ohio State football since 1984, the Indianapolis 500 and IndyCar racing since 1985, and covered a great deal of pro boxing in the '80s and '90s. In 2014 I was named the national college football beat writer of the year by the Football Writers Association of America.

TM: Finding out whether Winston-Salem was a merger of two municipalities, or whether it was named because of a tie in a poll of the citizens to list their favorite cigarette brand way back when. On another note, I am a fan of college football stadiums -- small, medium, large, extra-large -- so I will figure out a way to walk on the field at Wake Forest, a place I've never been.

TM: I wanted to go the Air Force Academy and be a fighter pilot, but learned back when I was growing up, the Vietnam era, you couldn't get in if you didn't have 20/20 vision. I, uh, don't have 20/20 vision. My second year in junior college at Angelina College in Lufkin, Texas, I took a couple of journalism classes, worked on the weekly school newspaper, started covering high school football games for the Lufkin News and suddenly in December 1973 was hired as sports editor.

TM: Along with the Lufkin News editor Joe Murray, who went on to share a Pulitzer Prize at the paper later on, I picked up pointers from everyone with whom I came in contact. A fellow who stood out was Johnny Green, then sports editor of the Texarkana Gazette. My first sports editor at The Dispatch was Dick Otte, a legend and a wordsmith. But it was assistant sports editor John McNeely who gave me the best advice I've ever gotten. Listening to me make an excuse for a mistake I'd made one day, he said simply, "Don't do that. All you have to say is 'I screwed up.' " Hahahaha. Those are words to live by, and I still do.

TM: I've been privileged to cover some major moments, from San Francisco's first Super Bowl win (over the Bengals), to Bobby Rahal's stirring win in the 1986 Indy 500, to Christian Laettner's shot to beat Kentucky, to Danica Patrick's rise as a driver, to myriad rising stars in Ohio State football, including Keith Byars, Cris Carter, Chris Spielman, Eddie George, Mike Vrabel, Maurice Clarett, Troy Smith, Ezekiel Elliott and Joey Bosa, to name a few. Plus I've covered OSU winning two national championships and playing for three more. But covering Buster Douglas' stunning upset of Mike Tyson in Tokyo in February 1990 is at the top of the list. One reason was because I predicted it -- "The lone wolf in the wilderness" as Sports Illustrated described me -- and another was because I chronicled Douglas' rise from obscurity to greatness back to near obscurity. Like I've said many times, I would not have been there if Douglas was from, say, Pittsburgh. But he was from Columbus, which helped gain me a third-row seat in the Tokyo Dome to witness the greatest upset perhaps in sports history.

TM: Learn how: To take good notes; to type; to work a digital recorder; to work a video camera; to work a video editing program; to talk at least halfway understandably for video blogs, podcasts, radio appearances and the like; to take little pay in the beginning (and perhaps middle and end); to take the initiative; to develop contacts and sources who can be trusted, and vice versa; to go the extra yard even if it doesn't mean getting paid for it; to get your name out there, because in this increasingly fractured environment, you not only want to crack good stories, you also want to get the credit so you can keep stepping up the stairs; to work hard at covering whatever it is you're covering, but if you have a shot at covering a major team or event, don't hesitate. Go for it.