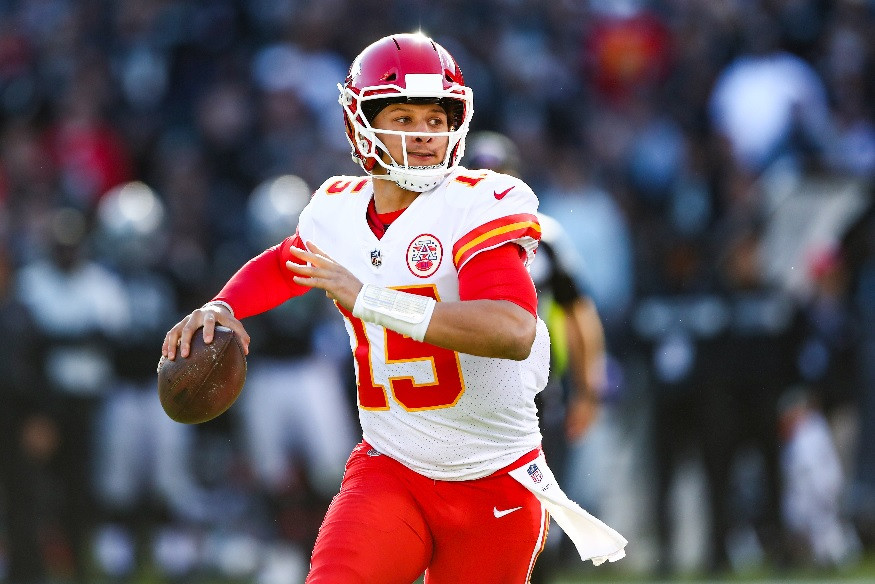 ROCHESTER, NY – Kansas City Chiefs rising star Patrick Mahomes has kicked off the 2021 Hickok Belt® Award by being selected the winner of two honors, the “overall” winner for 2020 and the first monthly winner for January 2021. Voting was conducted by a select panel of members of the National Sports Media Association (NSMA). Mahomes was selected the January winner due to his two playoff victories against the Cleveland Browns and the favored Buffalo Bills. These two wins clinched the third straight AFC title for the Chiefs. The Chiefs will face the Tampa Bay Buccaneers with their first-year quarterback, Tom Brady, in Super Bowl LV, and his reliable weapon, tight end Rob Gronkowski. In addition, Mahomes won the bigger award, the “overall” yearly 2020 Hickok Belt® Award for his incredible victory in Super Bowl LIV and his remarkable performance in the difficult 2020 entire sports season.

“What a year Patrick Mahomes has had, said NSMA executive director Dave Goren. “He won last year’s Super Bowl, and led the Chiefs back again to this year’s. He’ll be right back in the conversation for the February award and the 2021 overall award if he and the Chiefs win this Sunday.”

“This is the beginning of a very long career for the young quarterback Patrick Mahomes who already has been playing on an elite level,” said Tony Liccione of the Hickok Belt® Award. “I anticipate a very long battle royal between the Buffalo Bills and the Kansas City Chiefs as they are the two premier teams of the AFC division.”

Mahomes’ selection as the Hickok Belt® Award winner for January not only recognizes him as “the best of the best” in professional sports for the month of January, it also makes him the first candidate eligible to receive the 2021 overall award as he will be joined by other finalists throughout the year based on NSMA voting.