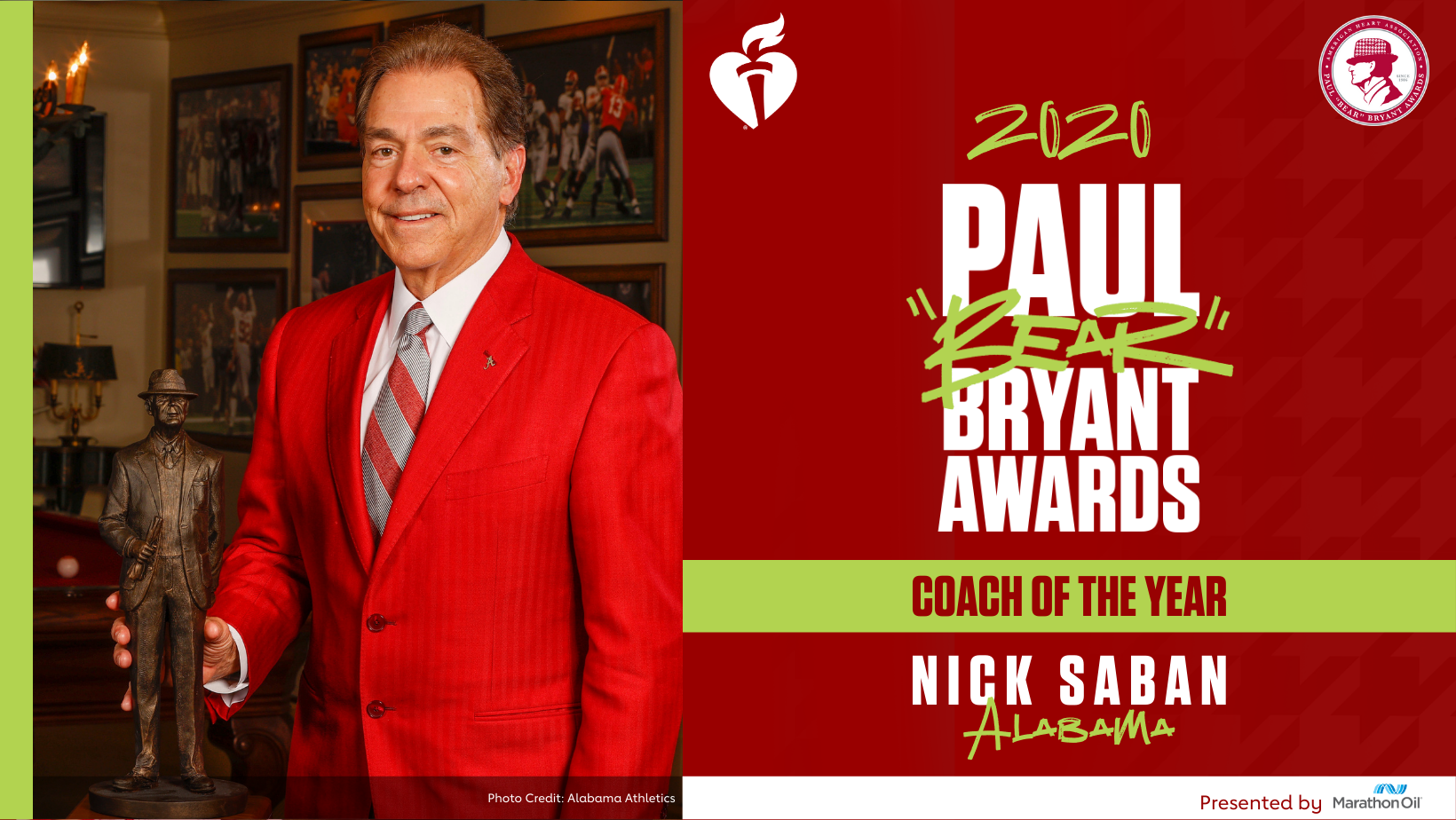 Nick Saban of the national champion Alabama Crimson Tide football team was voted 2020 Paul "Bear" Bryant Coach of the Year it was announced on Wednesday, January 13. The Bryant Awards ceremony was held online because of the coronavirus pandemic. It's the second time Saban has won the Bryant Award, but the first time since becoming the head coach at Alabama. He won his first Bryant Award after his LSU team won the 2003 BCS National Championship.

Members of the National Sports Media Association serve as the voting body for the Bryant Award, which is in its 35th year serving as the centerpiece of the American Heart Association (Houston, TX chapter) fundraising efforts to help reduce the risk of heart attacks and strokes.