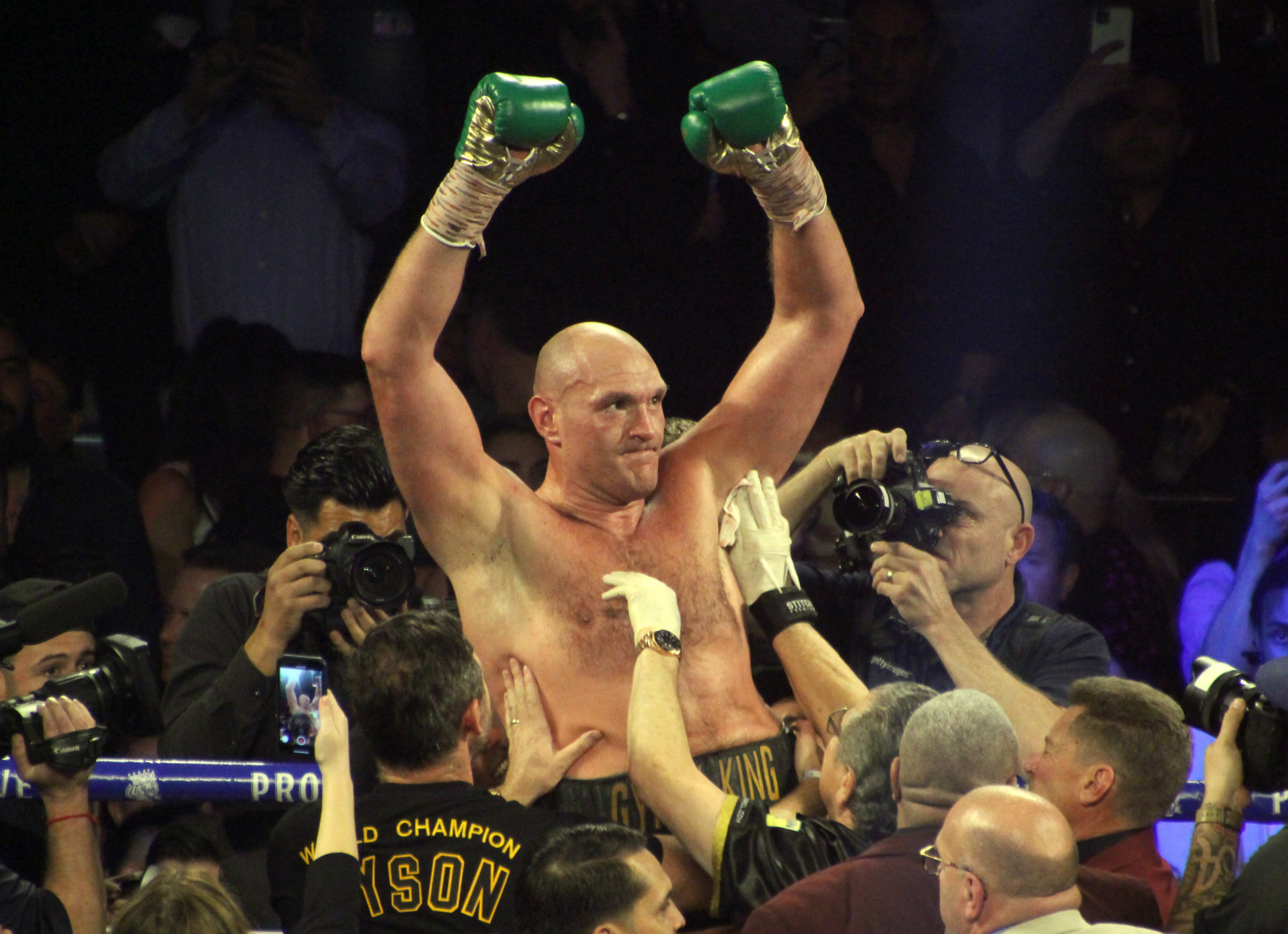 Rochester, NY – Newly crowned World Boxing Council Heavyweight Champion Tyson Fury, nicknamed the “Gypsy King,” has been named the Hickok Belt® Award winner for the month of February 2020. Voting was conducted by a select panel of members of the National Sports Media Association (NSMA). On February 22nd, British professional boxer Tyson Fury scored a spectacular seventh round TKO over Deontay Wilder, knocking him to the ring floor twice, en route to being crowned the WBC Champion. This bout was a rematch after their initial fight in 2018 ended in a controversial 12 round draw and resulted in Deontay retaining his title. In the February 2020 bout Tyson dominated from the start. Deontay was knocked to the floor in the 3rd and 5th rounds and in the 7th round, his corner threw in the towel after Tyson delivered a plethora of punishing power punches. Tyson became the first man to defeat two champions, with 10 or more defenses, Wladimir Klitschko (18) and Deontay Wilder (10). Tyson now reigns supreme in the heavyweight division and he is considered the best heavyweight of the current era at the moment. The third bout rematch is expected to take place on July 18th at the MGM Grand and Garden Arena in Las Vegas.

Tyson Fury’s selection as the Hickok Belt Award winner for February 2020 not only recognizes him as “the best of the best” in professional sports for the month and makes him the second candidate eligible to receive the overall Hickok Belt® Award for 2020, joining Patrick Mahomes.

To learn more about the Hickok Belt® Award and its rich history, please visit www.hickokbelt.com